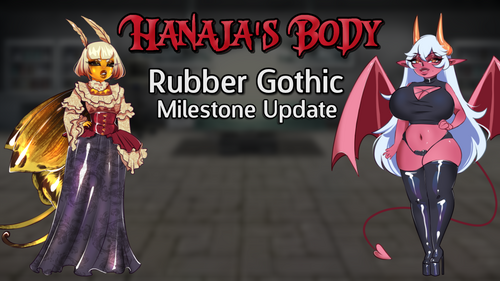 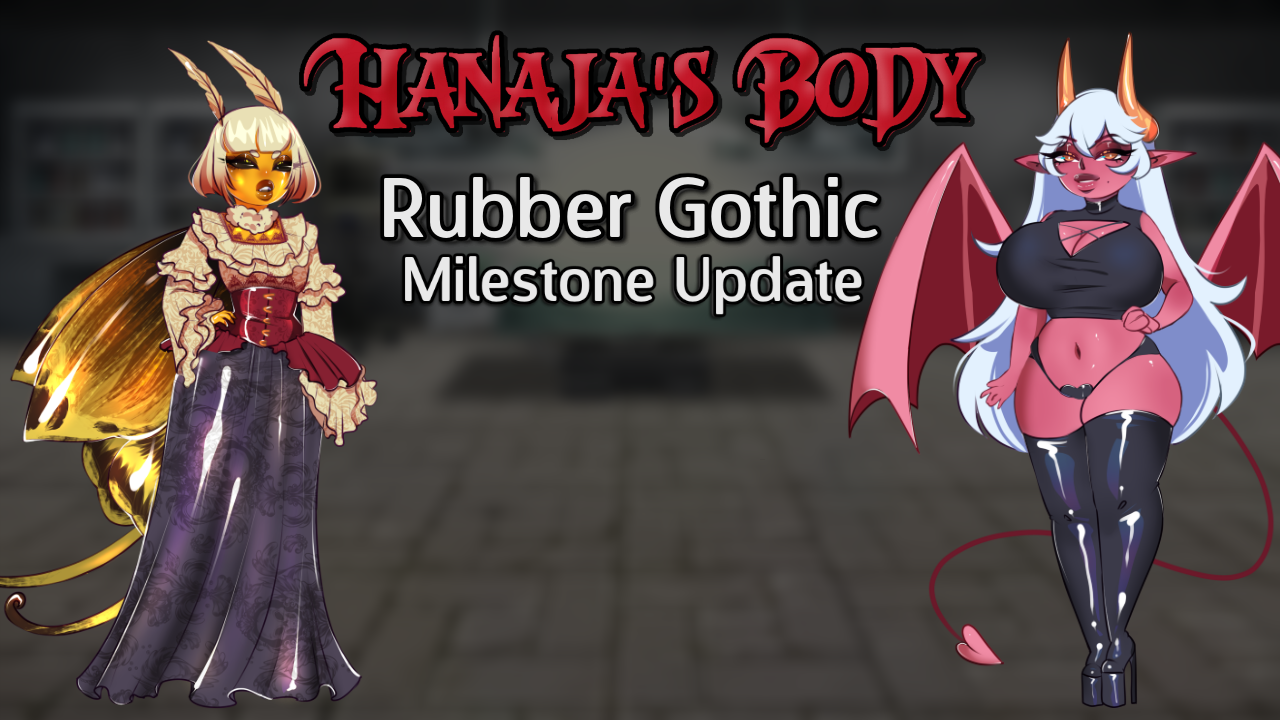 Come one and all to Hanaja's Body for this glorious of updates! It's more content, FREE, available now and all thanks to the continued support and generosity of the Patreon subscribers!

The Milestone update content is all thanks to the fans of Hanaja's Body like YOU! Since the release, I compiled everyone's suggestions for new content they would like to see and then put it up to a vote. The winner was Gothic Rubber! Enjoy the strange and bizarre creatures of the Victorian Gothic zone, the Mad Manor, as Hanaja navigates through dangerous traps and mystifying tricks in order to save a very special someone... again. 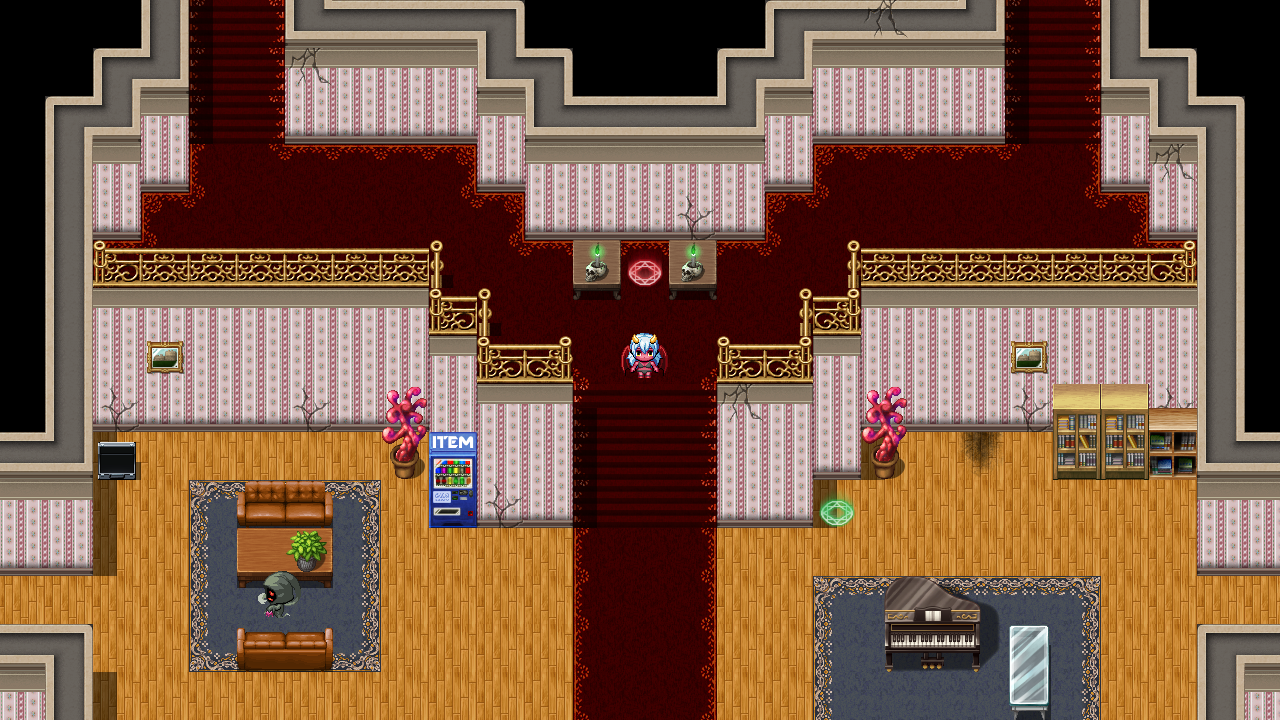 Use her new rubber form to resist trap floors and a powerful new state called Static! Static is a state that does nothing... at first. Static takes into consideration ALL battler's Static count and adds it up at the end of each turn. Is the total amount of Static at the end of the turn is at or above a specific threshold, it will cause an electrical explosion, damaging enemies AND Hanaja, but also clearing all stacks of Static. Fortunately, Hanaja is extremely resistant to it while transformed into her new rubber form, but if not... 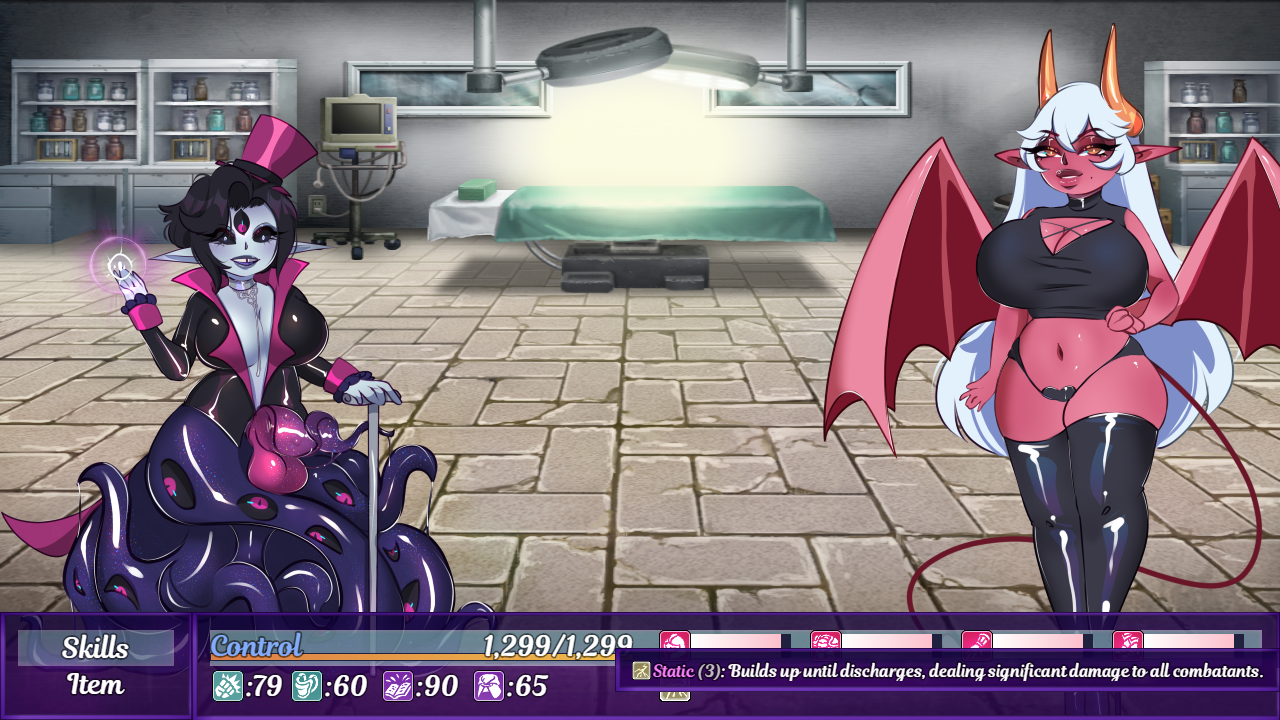 So let's break down all the exciting upgrades in this update:

I think that's everything. It's been a crazy few weeks for me IRL, but I wanted to get this out to all of you sooner rather than later. Thank you ALL for your continued support of Hanaja's Body and all of my other games. If you enjoy this, let other curious people know by leaving a positive review on the platform of your purchase!

Revenge has a way of changing you...