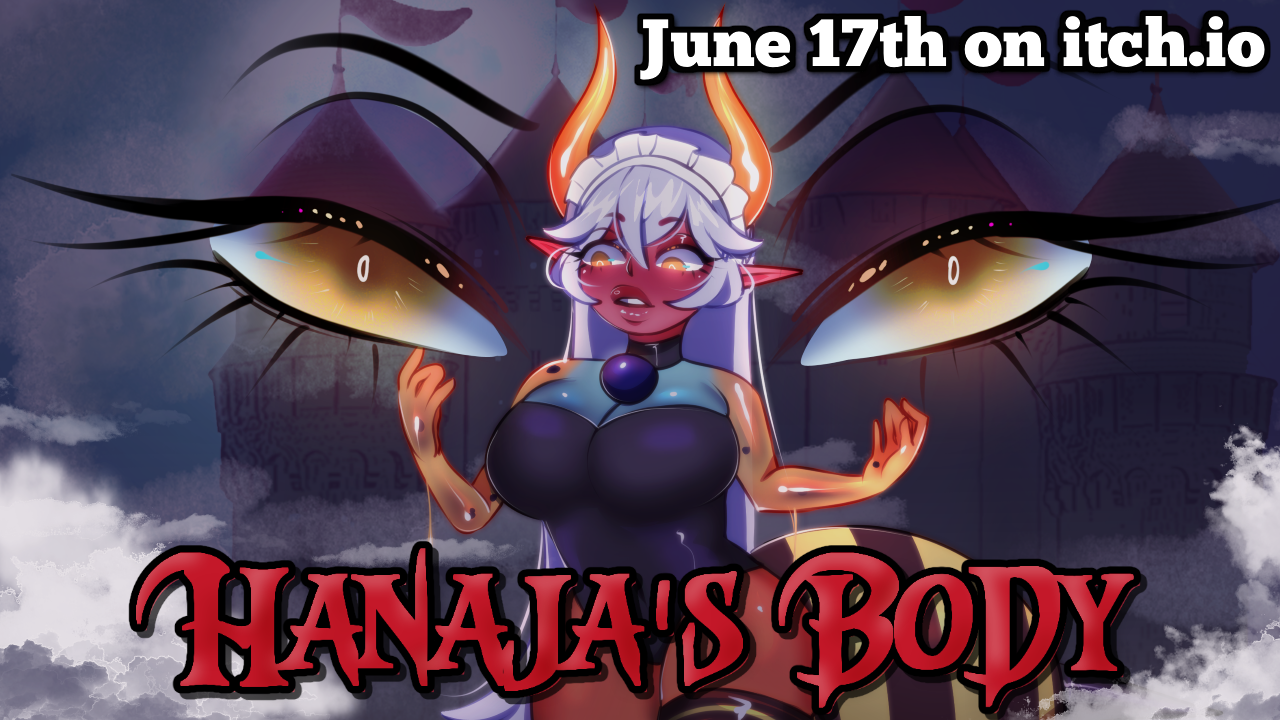 Ever wanted to get your hands on Hanaja's sexy demon body and sculpt it to something more you your liking? Well, in less then a month the wait will be over and you will be able to embark on the next kinktastic, transformative adventure from the Victoria's Body series (and don't worry, you don't need to play them all to enjoy Hanaja's Body). 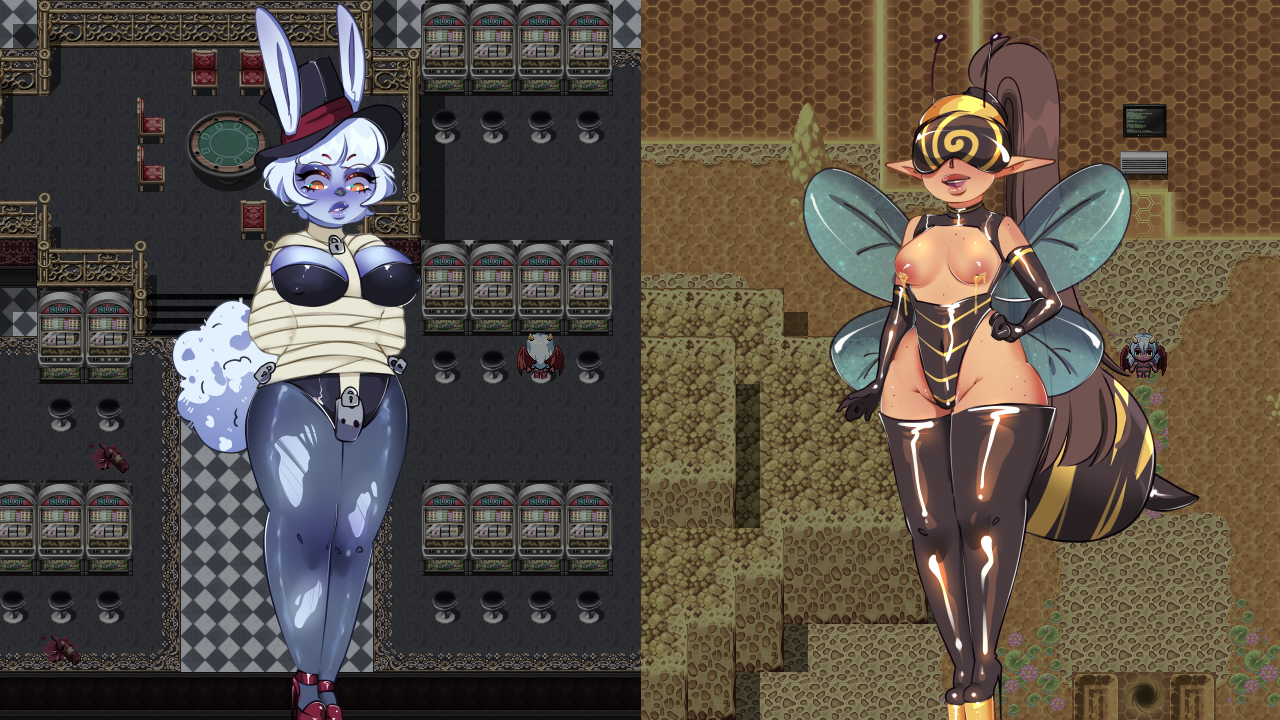 Long time fans of the series can expect to see some familiar faces along the way along with many kinky interactions with NPCs that differ depending on just what types of transformations Hanaja has equipped. Expect some NPCs to react differently if Hanaja is sporting a giant gelatin cock or locked away in chastity. 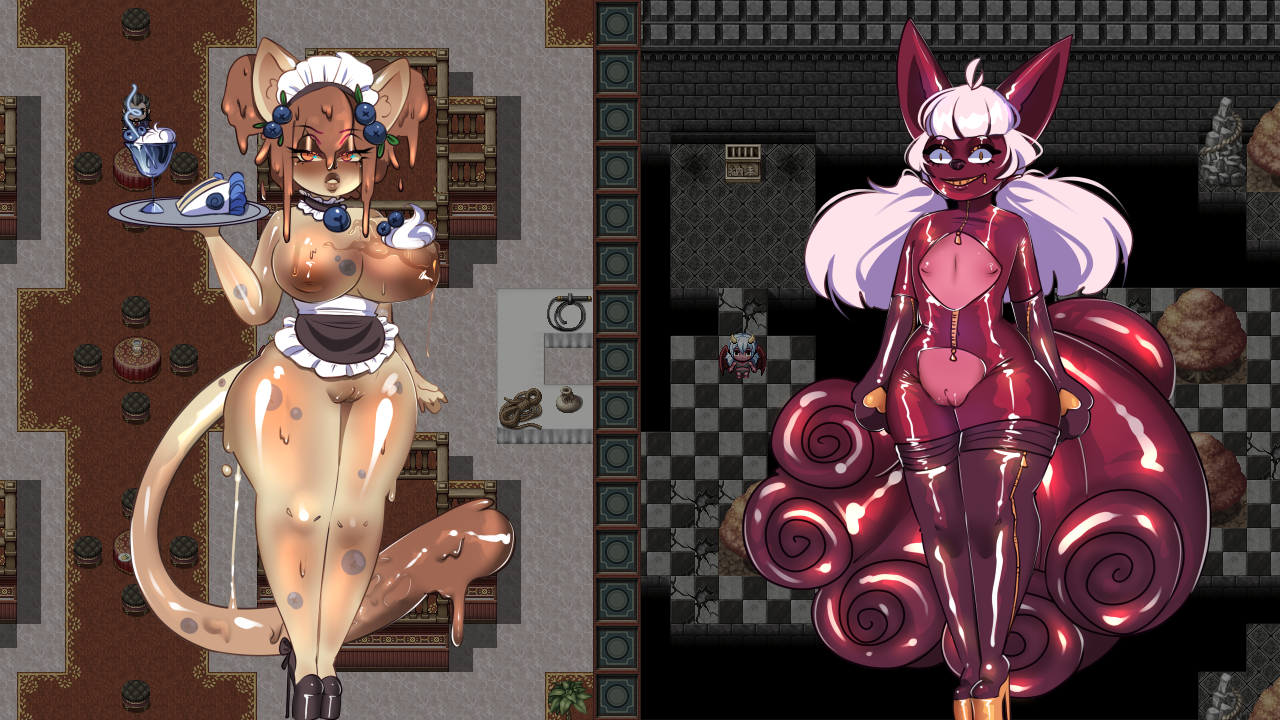 Mix and match body parts between the following forms (and yes, they all have cock variants):

Oh, and you might have noticed but all of these are now in beautiful 1280px720p! With so much more space, expect it to be filled with even more enemies in battle!

Finally, for those who are considering subscribing on Patreon, at Sadomasochist tier ($15) or higher, you will get BOTH Damsels of Vice (the current subscriber bonus) AND Hanaja's Body (on the 17th) when you subscribe (or if you are still subscribed) in JUNE!! Starting July, new subs at that level will get a key to just the newest hotness, Hanaja's Body!

These past few months have been pretty rough for me IRL, so I am very excited to see Hanaja's Body come to life for you all! Thank you all for your continued support and enthusiasm!

How will your deepest desires change you?