A downloadable game for Windows

Veronica Silvers is your friendly neighborhood vampire hunter. When tracking down the powerful vampire Victoria, she becomes enamored with the idea of dominating the undead woman and melting her icy heart. When Veronica's sleepy little village is invaded by the trickster demon, Hanaja, she gets her golden opportunity to capture the vampire once and for all... if she can resist transforming into the very creatures that attempt to stop her from succeeding.

In order to download this game you must purchase it at or above the minimum price of $14.99 USD. You will get access to the following files:

is the plant boss meant to take only one damage when i attack her, or do i need plant armor before i go to the battle?

saw this on TFGameSite with the Possession tag is that a major point or just a single event?

It's a type of transformation that become available about halfway through the game. The main content for it is for that entire dungeon but you can use parts/all of that transformation elsewhere in the game too!

Cool when I can actually afford the game I'll buy it

I am a bit confused about the stock room. It asked me a question, and I gave the objectively right answer, both the L-word name that Victoria gave her and the shortened *actual* name, and both of them were deemed to be wrong, which means I don't know what else it could be?

Make sure the capitalization is correct. It's case sensitive.

Fun game so far! I love the looks of the TFs! Just wish there was a portrait of Veronica on the edge of the screen so I could look at the TFs outside of battles or other interactions.
Though I'm having an issue with the powered up ancient crystal, I disabled the first barrier in the jailhouse, but it keeps saying not enough energy for the second one, I had one buildup bar almost full, how much build up do I need? It'd also be handy if I could see the buildup outside of battle.

Ty! Glad you are enjoying it. I will definitely take those suggestions into consideration for when I make the next game in the series.

For the barriers, you need all of the bars mostly full. You can fill them easily in the rubber puddle in the jail cell without worry of being transformed.

Though I wanted to mention a bug that’s happened a few times where the game freezes on the visual side. I can still hear sounds and can control it, I can open the menu and hear all of the menu sounds, even got into a fight. But the screen was stuck in something. It’s happened only when some event. So far on some attack and winning a fight.

I can’t remember the name of the attack, something along the lines of calls upon the power of the vat, it happened twice in a row when I first used it and then never again.

And I think it happened when I won a fight against a playgirl one time. Though it didn’t happen any other time, even on other uses of that same attack or victory over the same enemy.

Ahh yes. Unfortunately it's an RPG Maker issue that's not specific to Veronica's Body and it will happen at random.

You can still technically save when the screen freezes and just reload if you know what you are doing but other than that, I'll need to check around to see if someone came up with a solution for it.

Strange, it hasn't happened to me in any other rpg maker  game. But it's been happening to me much more in this game after I posted the comment about it, happened three times on the candle place's bossfight alone.

Having issues locating the new content. :[
Did the new restart even and I can't see where it would be located.

Try exploring Victoria's Castle once you get that far. It should be on the right side in the parlor.

Beat the game all over again and got back to the castle.

Edit: Don't even know where the parlor is. Level 15 already on NG+. If you'd like my save file, I can provide. XD
All of the doors in the castle are closed.

Just attempted to repair the game, and I think it broke.

It's the big empty room of the castle. If you go to the right, one of the jail doors that was in the old version should be removed and you can go in now to access the new area.

Got it working. I did a new game after the reset, and oddly enough, I didn't even notice the stairs that led to the power crystal person... I actually beat NG and NG+ and was LV 15 with base stats on my other file. The grind was long before. XD

So yeah, I at least got that out of the way and have access to the other content. Thanks for the help. :)

Hey there! Sorry for the late reply. I wanted to take some time to check out your channel.

As long as you've purchased the game and you leave a link in the video description to this page so that your viewers can also purchase it, then feel free! You should let me know on twitter or discord when the video is out and I will give it a watch and share it on my socials. :)

WHere I can found description of different effects in battle ? please

The effects are usually stated in the ability that causes them. Otherwise, they are pretty self explanatory.If you have a specific effect you'd like to ask about, feel free to do so.

Just like Victoria's body, good to see.  Your work is definitely up to standard.  May your career be long and fruitful.

Overall thought the game was pretty good. I think the only thing I wish was added was different body types added for different transformations but other then that I don't have really any complaints for it.

The sense of humor is on point, the Visuals caught me off guard for a moment, but it clicks with the manner of speech and humor, The stylization is fun, and love how much the continuity from their other works wiggle their way in but it doesn't detract from the experience if you don't get the references. Honestly They took what they did right and ran with it.

As for the smaller content for the price gripe people have, you've boughten games on steam for 20 bucks with less content because it was listed as early access, that's what you invested in here a great quality game with more to be added.

Hate to say it, but I really prefered the art in the last game over this.

Holy fucking canoli! I can pay FIFTEEN dollars for a whole EIGHT CG's? You have to be out of your mind to pay that much for so little, have you seen the other games out? I can find 20 games with the EXACT same content for free, and I'm going to, I just had to leave a comment here to make sure you understand how fucking crazy it is to charge this much, its almost disrespectful.

Damn calm down. Sure the price is a bit...overgenerous but there's no need to post such a strong comment here

Some people need to make some money for their games. From the quality of the art I would say its worth it. If you take a normal inde game they usually run 10-20$ for about the same amount of content so calm down man

Cant wait to play this!!! Stay safe my friend!!!

Thank you! You too!

A few of the CGs for losing battles in specific areas feature some light bondage. 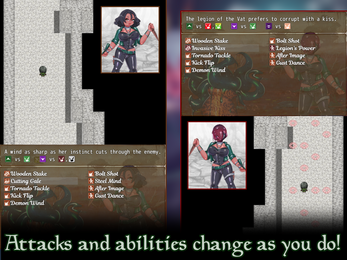 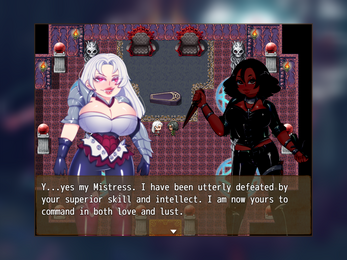 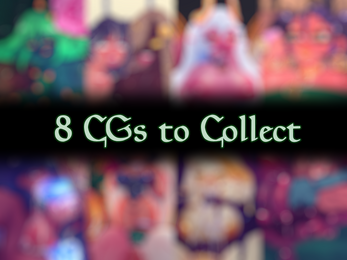 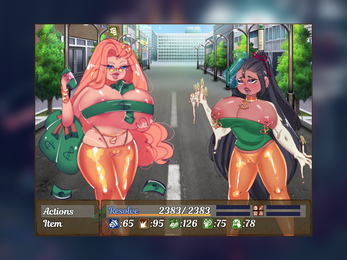 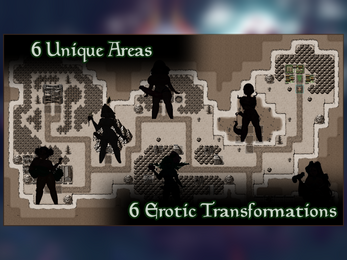 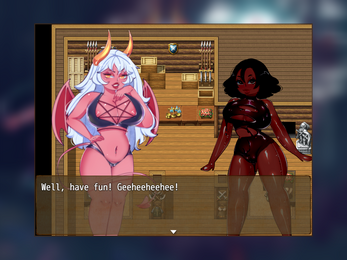